East Cowes group is something to SingAbout this November

Local charity Independent Arts is launching two new singing groups this winter. The popular singing for wellbeing group SingAbout is launching a group in East Cowes on November 12th and offers local residents the opportunity to participate in a fun, social singing group. SingAbout is being held at St James’ Church Hall in East Cowes on Thursdays 2pm – 4pm. This adds another group to service the Cowes area in addition to the established groups in Ryde, Freshwater, Ventnor and Newport.

For those looking for a boost in the New Year, our Lake SingAbout group launches on January 8th 2016 and will continue every Friday 10.30am – 12.30pm at Lake Lions Club.

SingAbout is a social singing activity based on a recognised music therapy. Singing Therapies are shown to help improve breathing, memory, movement, speech and confidence but most of all it provides an opportunity to get out and meet people. SingAbout sessions are free and there is even a cup of tea and a biscuit during the break time.

Everyone is welcome at SingAbout, and a musical background is not necessary. Participants sing a variety of pieces including traditional rounds and rhymes, songs from the shows and musical hall favourites as well as popular music and rock and roll.  We encourage carers and family to attend sessions and join in.

Our press release of 28 September sharing the good news!…

Isle of Wight charity, Independent Arts, is delighted to welcome as its new patron jazz singer and expert in mental health and social care, Edana Minghella.

Edana said, “I am absolutely delighted to have been asked to be a Patron of Independent Arts, especially as both my wonderful brother, Anthony, and mother, Gloria, were keenly involved. Independent Arts exemplifies everything that is close to my heart. Improving health and wellbeing of older people through the creative arts is a perfect combination of my interests. I very much look forward to carrying on the family tradition of being an ambassador for this brilliant Island charity that clearly brings joy and connectedness to local older people.”

Kate Ball, Chief Executive of Independent Arts said, "Edana's mix of professional interests in social care, and in the arts, make her the ideal patron for Independent Arts. Her late mum and brother were a huge help to the charity in the early days. We're thrilled to welcome Edana and will be inviting her to visit some of our community projects, such as SingAbout, our singing-for-wellbeing groups for older people."

Other patrons of Independent Arts are Carol Martys, the original founder of the charity, and David Harris, a former long-serving trustee.

Independent Arts became a charity in 1987 and promotes wellbeing for older people and vulnerable people on the Isle of Wight through community arts projects and by providing music, movement, art and reminiscence sessions to care homes. Find out more at independentarts.org.uk

Independent Arts has been selected from charities across the South East as the regional winner of the Lloyds Bank Foundation Outstanding Impact Award after they impressed the judges for they way in which they have transformed the lives of isolated older people and those with dementia on the Isle of Wight.

The charity has received £1000 and will now compete against charities from across England and Wales, Northern Ireland and the Channel Islands for six overall prizes which will be announced at the UK Final awards ceremony on 8th October 2015.

The Charity Achievement Awards have been created to recognise the amazing, life changing work of small and medium sized charities. Independent Arts won the Outstanding Impact Award in the South East. 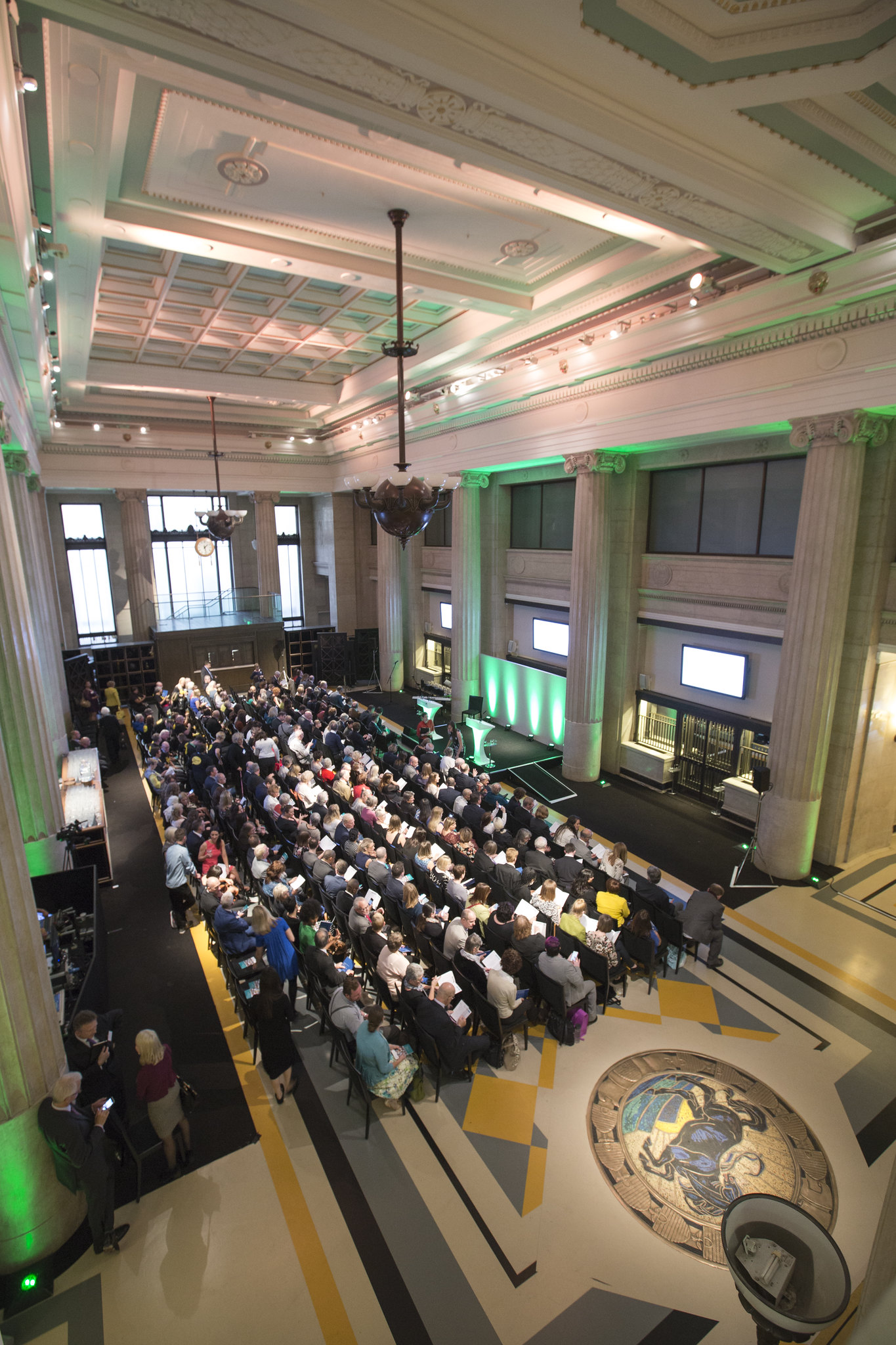 Established in 1987, Independent Arts is a registered charity dedicated to improve the quality of life for people living on the Isle of Wight, particularly those with special needs, the disadvantaged and the elderly, by providing access to exciting and stimulating creative activities.

Through their arts projects, this very small team reaches out to a huge number of older people, running activity groups for as many as 1600 people per month. One of the most popular initiatives is the 200 strong weekly singing group, SingAbout, for dementia sufferers and their carers, which allows those with impaired memory to connect with people around them through the medium of music.

The daughter of one of the participants praised the service by saying:

“Mum has vascular dementia and had become depressed and lacked motivation to leave the house but since attending SingAbout she is a new person, she talks about SingAbout all the time.”

The charity also uses innovative techniques based on international research into dementia to inform a wide range of projects and approaches.

“Winning the Outstanding Impact Award is a fantastic acknowledgement of the work delivered by the team at Independent Arts. We are delighted to have been recognised in the South East region, and this will drive us on to deliver high quality community arts projects going forward.”

“We are delighted to celebrate the winners of our Charity Achievement Awards. Independent Arts has demonstrated excellent and inspiring practice, and have set the standard high; not just surviving in these tough times, but thriving, delivering vital services and literally transforming lives.

“For over 30 years the Foundation has supported thousands of such small and medium sized charities to tackle disadvantage in communities right across the South East and we look forward to doing much more in the years to come.”

Sandy Kealty on Vectis Radio talking about Singing for Breathing

On 4 November Sandy joined James and Judy on Vectis Radio to chat about SingAbout and share some of her favourite pieces of music. Listen by clicking the arrow above.

NICE (National Institute for Health and Care Excellence) has issued new guidance on the mental wellbeing of older people in residential care, which stresses the importance of providing meaningful activities. This is at the heart of what Independent Arts does.

You can read NICE's news release about the quality standard here. And the guidance itself is here.

Independent Arts brightens the lives of hundreds of care home residents every month through our arts activities sessions, as well as running sessions in the community.

Independent Arts' Chief Executive Kate Ball says, "We welcome this report from NICE, which demonstrates that providing meaningful activities for residents of care homes should not be seen as an optional extra but an integral component of the care plan."

We are pleased to support Older Voices, groups on the Isle of Wight which give those aged 50 or over the opportunity to have a say about issues concerning them. Read more about Older Voices here.

InTouch is an exciting new research project being delivered across the Isle of Wight by Independent Arts.

Following our investment in 12 iPads, the charity has sought the best methods of using iPads with older people.

Realising that these creative sessions need to be researched and structured properly, and with funding to undertake this research from The Bulldog Trust, we are now launching the InTouch project.

From our work on other projects, such as Creative Futures, we know that older people benefit hugely from the design and functionality of iPads and other tablets. They are easy to use, even for those with limited dexterity; and their visual and auditory features make them very engaging. In addition, the range of applications has grown in the past few years to allow this technology to be applied to creative uses with older people, particularly those with dementia.

InTouch allows us to research and develop our work with iPad technology and dementia sufferers.

We know that whilst access to iPads can produce really positive benefits to users, there are huge challenges of working with new technology in a group setting and with people with varying levels of dementia.

The project is supported by our creative practitioners.

Congratulations to Vicki Barber from Cowes who has scooped a pair of weekend camping tickets to Isle of Wight Festival in our prize raffle!

Thanks to everyone who took part, and a huge thankyou to Isle of Wight Festival for donating the tickets. £676 was raised for Independent Arts – an amazing total, which will go towards supporting the charity's community arts projects.

They have raised £3200 for Independent Arts. A huge thankyou!

Through our links made with the University of Winchester's Research Centre for Arts and Wellbeing, Independent Arts is delighted to have been invited to sit on the university's Arts & Health Advisory Board.

As well as staff from the university, there are representatives from the University of the Arts London, and a range of health professionals and artists.

We look forward to sharing our experiences and practices with others working in the arts and health field and learning from their expertise.

Our supporters in 2015 included:

We are very grateful for this donation, which will support our continuing work in this area.

listen to ‘Andy Knight Chats To Caroline Ash ’ on audioBoom
.

To find out more about our Creative Café which takes place each Monday morning in Newport, click here.